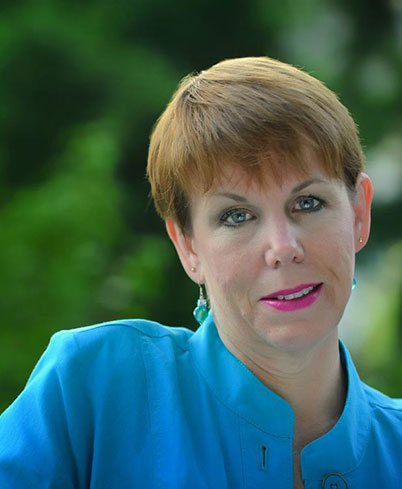 Margot Holmes has been a promoter of Canadian culture for the past three decades through her work in the performing arts. As an agent and manager for professional musicians, she has toured artists around the globe to perform at festivals and concerts. In addition, Margot has worked with a variety of non-profit arts organizations presenting hundreds of arts events both large and small. She currently is the Executive Director of the Vancouver Island Symphony, a professional orchestra based in Nanaimo, and in 2015 she spearheaded the creation of Festival Nanaimo – coordinating an annual month-long festival each March.

In addition, Margot has owned Caline Artists International for the past 32 years. Caline Artists has played an integral role in developing the career of hundreds of Canadian musicians over the last three decades. These artists have toured North America and around the globe as cultural ambassadors for Canada.

In 2015, Margot was awarded Agent of the Year by Canadian Arts Presenters (CAPACOA) and in 2014 she was awarded the Cultural Champion Award for Arts Leadership by Business for the Arts, Canada and the City of Nanaimo Award of Distinction for her contribution to the Arts. In 2008 she was awarded Agent of the Year from the BC Touring Council and in 2007, she was named Arts & Culture Advocate of the Year. She has sat on numerous Boards and Committees including the CAPACOA and B.C. Touring Council (2 terms) Boards, the Tourism Leadership Committee, Economic Development for the City of Nanaimo, Nanaimo Community Archives and the Canada 150 Nanaimo Organizing Committee, where she produced a three day event for the city.

In fall of 2017 Margot Holmes formed the Maverick Cooperative with Debbie Peters of Magnum Opus Management (Yukon, Canada) where both agencies promote the artists on each of their rosters together with two experienced managers. They were awarded the B.C. Touring Council’s Agent of the Year Award in 2018 for this innovative collaboration.

Margot has intentionally worked with children, in addition to professional artists in her practice. She managed and toured internationally with the British Columbia Boys Choir in her role of Executive Director for 25 years (1993 – 2018). Prior to this, she worked with the award winning Amabile Choirs in London Ontario, and the London Youth Symphony.

In addition, Margot has held positions with the Filberg Festival (Artistic Director: 2014 and 2015); North Shore Sinfonia  (North Vancouver); the Jewish Festival of the Arts (Vancouver); the Historical Markers Project of Southeast Vancouver (Public Art & Heritage Project); and the Banff International Festivals taking place at the Banff Centre where she worked from 1996-2000 on the administrative team.

Margot is sought after as an arts consultant offering training to emerging artists and managers. Since 2017 she has been a trainer with the B.C. Touring Council’s On the Road Workshops in various communities in British Columbia.

Margot studied Oboe Performance at Western University in London, Ontario allowing her to see the understand first-hand the practice required to present art at a high-performance level.

Margot is an avid traveller, arts enthusiast and always up for an adventure! Her sidekick, Watson, the dog, is rarely far from her side.