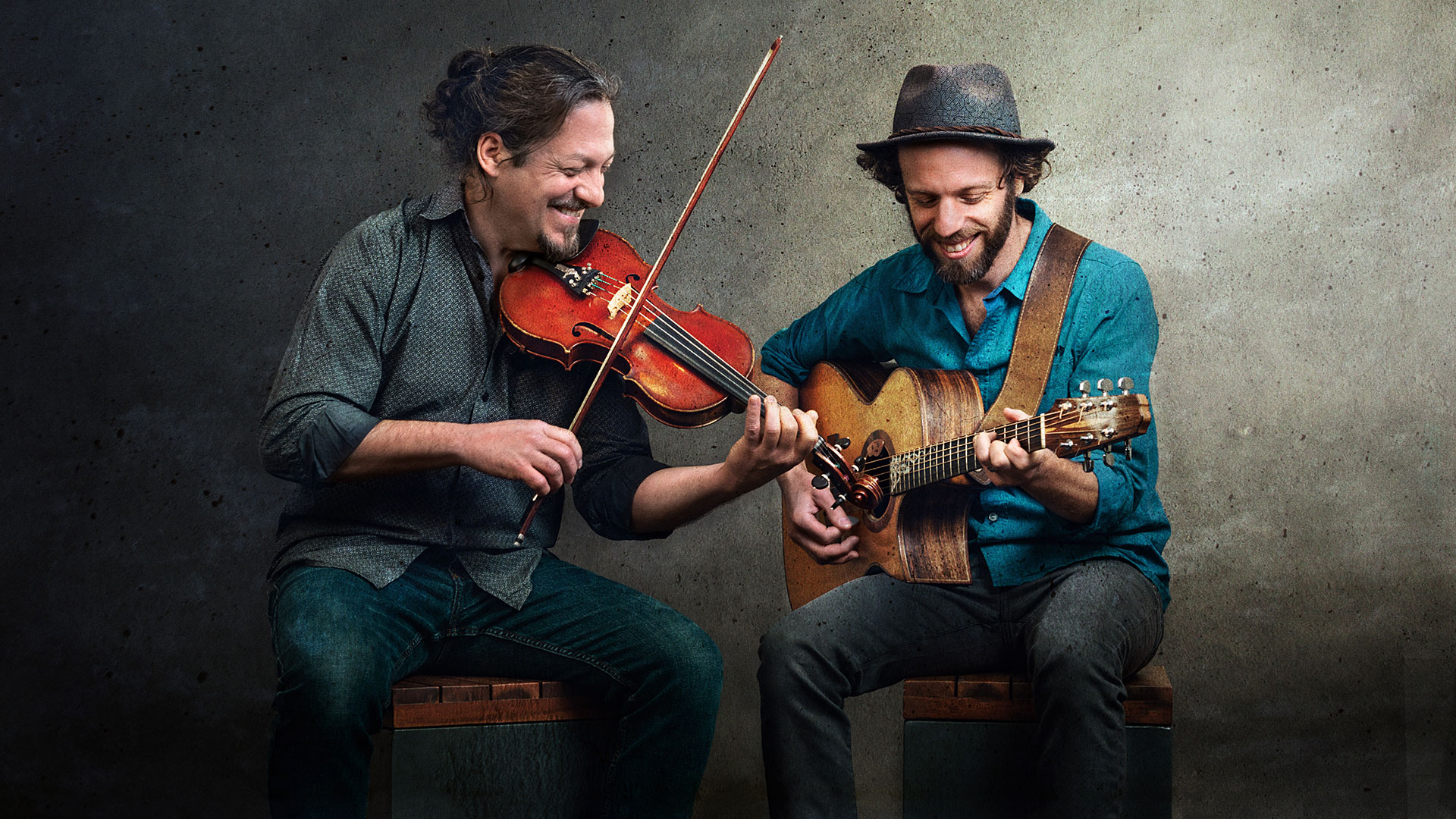 Experience the magic of this phenomenal Canadian Celtic duo – fiddler Pierre Schryer and guitarist Adam Dobres. Schryer & Dobres released an album called “Mandorla” which like their shows, features an eclectic array of musical gems from across the globe including traditional and contemporary tunes in various styles from far reaching places including Canada, Ireland, Algeria, Brazil, Quebec, and more. This duo is a tour de force of versatility, fine musicianship and technical dexterity. Together they represent two diverse and successful music careers laden with awards and nominations including JUNO, Canadian Folk Music Awards, Western Canadian Music Awards and Grammy Awards. 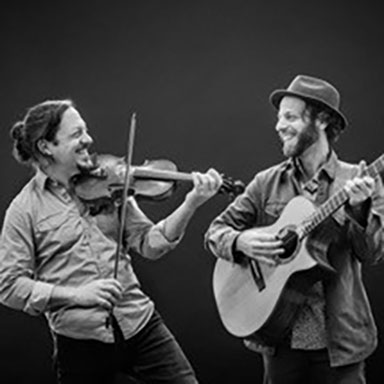 Bruach na Carraige Báine [The Edge of the White Rock]

Pierre Schryer is one of Canada’s leading traditional fiddlers. A recipient of numerous titles and awards including Canadian Open Fiddle Champion, Grand Masters Champion, Violoneux Championnat, and North American Irish Fiddle Champion, Pierre truly captivates an audience with his energy and genuine warmth. His ability knows no bounds, covering styles from Irish, Scottish, Québecois, and Cape Breton to Canadian Old Time, American Swing and more. As leader of his selftitled group, Pierre Schryer Band built an international reputation as one of Canada’s most well respected traditional music ensembles by touring throughout Canada, the USA, Ireland, Europe and the UK since the mid-90’s. Pierre has shared the stage with dozens of internationally renowned colleagues in the traditional music scene and has performed with numerous orchestras across Canada with his acclaimed Symphony Pops show. Of his six recordings released on his own label New Canadian Records,“Blue Drag” was nominated at the 2004 JUNO Awards for best Roots and Traditional (Group) Album of the Year, “Mélange” at the 2008 Canadian Folk Music Awards for Instrumental Solo Album of the Year, and “2 Worlds United”, a brilliant duo album with top Irish button accordionist Dermot Byrne, was distributed by Claddagh Records. Pierre’s talents extend beyond his musical abilities. An accomplished luthier and artist, he currently performs on one of his own violins and creates the cover art and design for his recordings. Pierre was the Artistic Director of the “Canadian Celtic Celebration,” a festival presented in Thunder Bay, Ontario for 16 years.

Adam Dobres is a highly accomplished guitarist with a natural ability to embody any style of music. He is equally at home with Bluegrass, Celtic, Jazz, Gypsy, Country, Folk, Old Time, Rock, Blues, and more. His love of the electric and acoustic guitar has taken him around the globe, performing throughout North America, Europe, Australia, and New Zealand. With a taste for experimenting with personal style and a love of touring, Adam has embarked on living his dream. From playing Celtic music with some of Canada’s finest fiddle players including Daniel Lapp and Pierre Schryer, Adam has branched out to Pop Rock with Grammy Nominee Toni Childs (including an Australian tour were they opened for the legendary Jackson Brown), performed with renowned musicians playing exotic instruments such as the Sitar, Turkish Lira and African Kora, and toured North America with Old Time string band Outlaw Social. Adam was part of The Dustin Bentall outfit when they performed at the Opening Ceremonies of the 2010 Winter Olympics and supported Blue Rodeo on their 2010 Canadian tour. In 2011 Adam joined the Ruth Moody Band, and along with this dynamic folk vocalist and her all-star band has toured Europe, Canada and the US, and has released several albums. Well versed in the recording process, Adam was the musical engineer and producer for a meaningful project with Sarah Van Borek in creating the “One Voice” video. The video was part of the SFU Public Square “Alone Together” conference focussing on bridging the gap of cultural isolation and disconnection within the Vancouver community. In 2016, Adam released his self-titled, first solo album – an eclectic mix of his own compositions revealing his many influences and his absolute grace and superb versatility on the guitar. 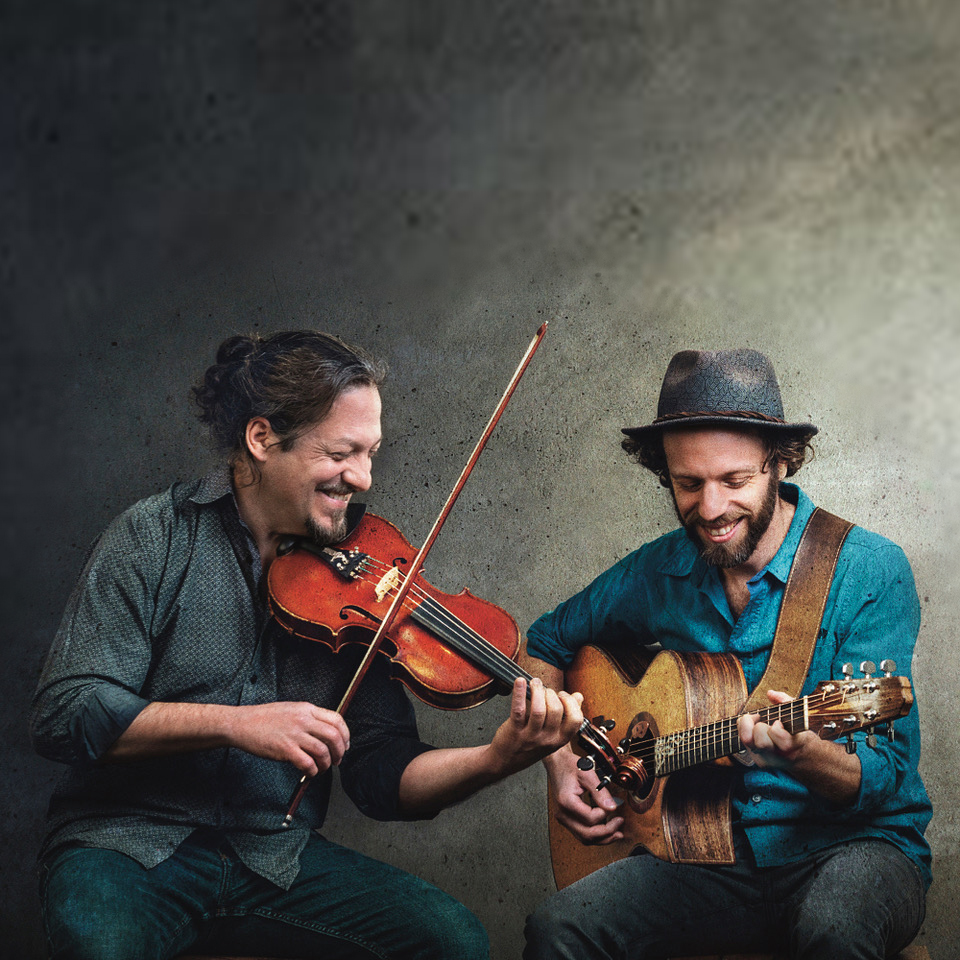 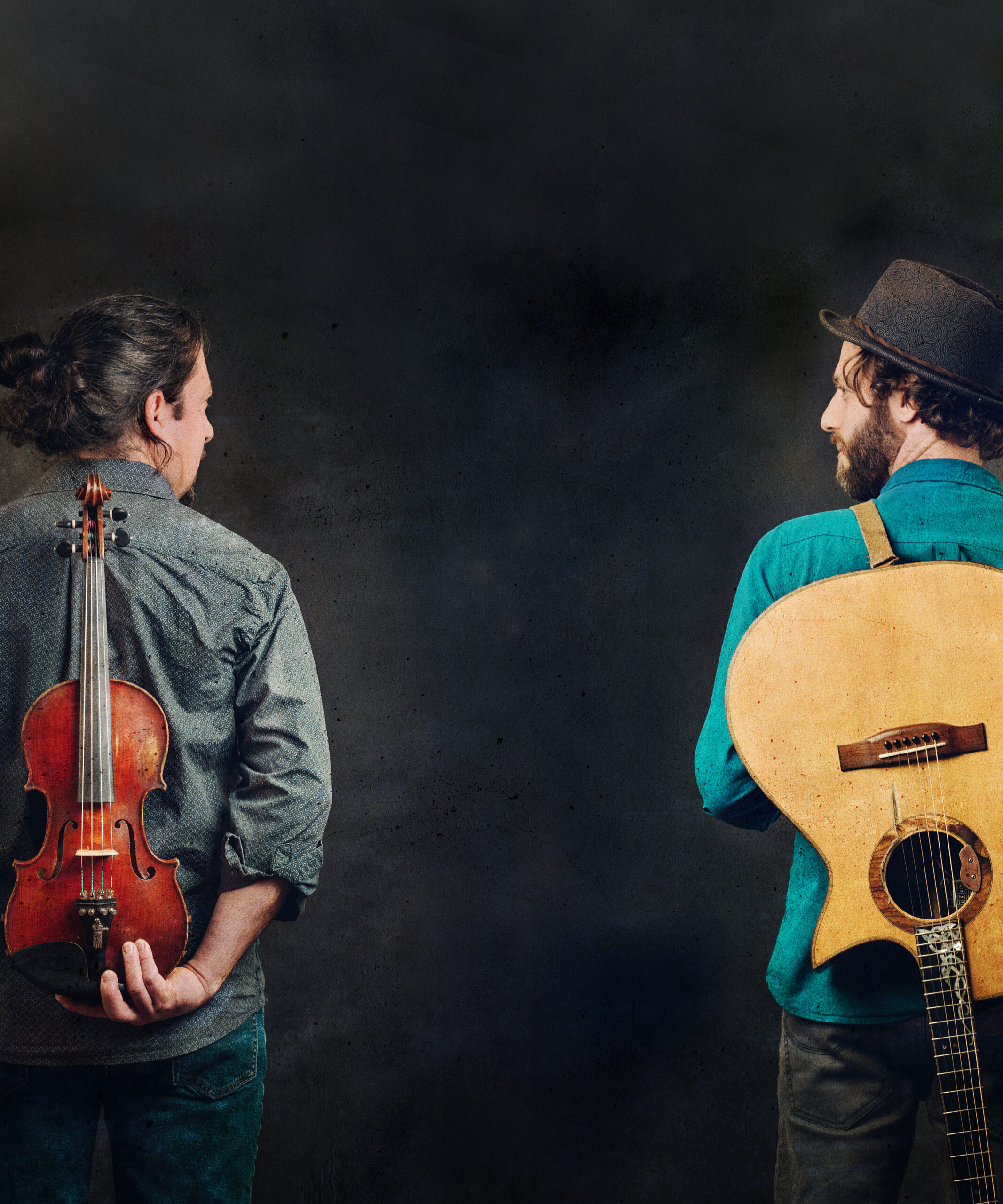 Schryer & Dobres
SHEEPSKIN & BEESWAX
No, thank you. I do not want.
100% secure your website.
Powered by