My Friend Has The Biggest Ears Family Show (3:55)

Incredible musicians, wonderful entertainers! Veteran dulcimer ace Rick Scott and young keyboard wizard Nico Rhodes join forces in an inter-generational smorgasbord of folk, boogie-woogie, blues and humour. What do you get when you combine an infamous folkie with a rising star, seasoned expertise and youthful exuberance, old school groove and Broadway chops? Roots & Grooves combines piano, dulcimer and vocals in highly entertaining songs of love, life and loss spiced with mastery and mischief. The alchemy of these two men 40 years apart in age is amazing audiences everywhere.

In 2017 award winning folk artist Rick Scott teamed up with brilliant young keyboard ace Nico Rhodes in the high-powered duo ROOTS & GROOVES. After 8 shows they recorded an eponymous CD live from the floor in a single day and launched it at the Nanaimo Jazz Festival, Victoria Government House and Vancouver Rogue Folk Club. They have since played 100+ shows to raves and ovations in theatres, festivals and concert halls around BC. Forty years apart in age, Rick and Nico are dazzling audiences everywhere with their high energy musical alchemy.

Since pioneering rogue folk with iconic BC trio Pied Pumkin, Rick Scott has performed in 11 countries and released 18 CDs honoured with three Juno nominations, WCMA and Canadian Folk Music Awards. Singer, songwriter, actor and Canada’s leading proponent of Appalachian mountain dulcimer, his gift for combining warm-hearted humour and poignant human commentary has earned him a dedicated audience from four generations. He’s Goodwill Ambassador for the Down Syndrome Resource Foundation and curator of the Protection Island Museum. In 2019 he was inducted into the BC Entertainment Hall of Fame and StarWalk.

Nico Rhodes is one of the most in demand young arranger/musical directors in Canada, with 40 stage musicals to his credit. He’s written 400 original compositions, four original musicals and arranged two symphonic pops concerts. He’s been nominated for two Jessie and five Ovation Awards and in 2019 was honoured with Nanaimo’s Emerging Cultural Leader Award. He composes for stage, screen and media, works with multiple choirs, plays with several jazz trios and tours in a duo with his mother, renowned chanteuse Joelle Rabu. In 2021-22 he created a solo piano concert called The Art of Ragtime and produced a series of four multi-artist multi-genre concerts entitled Chapters.

When Nico was eight, Rick Scott played in his school and when he was 23, Rick hired him to orchestrate his music for symphony. Out of this collaboration ROOTS & GROOVES was born—a smorgasbord of folk, blues, jazz and classical that transcends genre and generation. Rick says, “Not since Pied Pumkin have I experienced such unfettered creativity on stage.”

“Rick Scott and Nico Rhodes together are a force of nature.
ROOTS & GROOVES is a musical gift for any audience:
talent, chemistry, stories and songs resulting in two standing ovations.
They blew the house away.”

Rick Scott has performed in over a thousand schools in 9 countries and released 19 recordings, including 8 children’s albums honoured with Parents’ Choice, Family Choice and Canadian Folk Music Awards. He’s Goodwill Ambassador for the Down Syndrome Resource Foundation and a member of the BC Entertainment Hall of Fame.

When Rick performs for children, he always hopes one child might have a life changing moment and decide, ‘I can do this too!’ Nico Rhodes was such a child. Rick came to his school when he was 8 and Nico wrote him a fan letter. Rick wrote back with advice about the tooth fairy.

Nico grew up listening Bach, Beethoven and Rick Scott while touring the world with his mother, renowned chanteuse Joelle Rabu. Age 23 he arranged Rick’s music for symphony and in his 30s he’s one of Canada’s most in demand arrangers and musical directors, with 30 long run shows to his credit.

In 2017 Rick and Nico formed the duo ROOTS & GROOVES to perform for big folks, and before long Nico became part of Rick’s MUSIC & LAUGHTER family shows as well. They are now adding family matinees to their evening shows for big folks as well as lighting up stages at children’s festivals. Nico says, “Playing songs from my childhood with my musical mentor is beyond my wildest dreams and the most fun I’ve ever had on stage!” 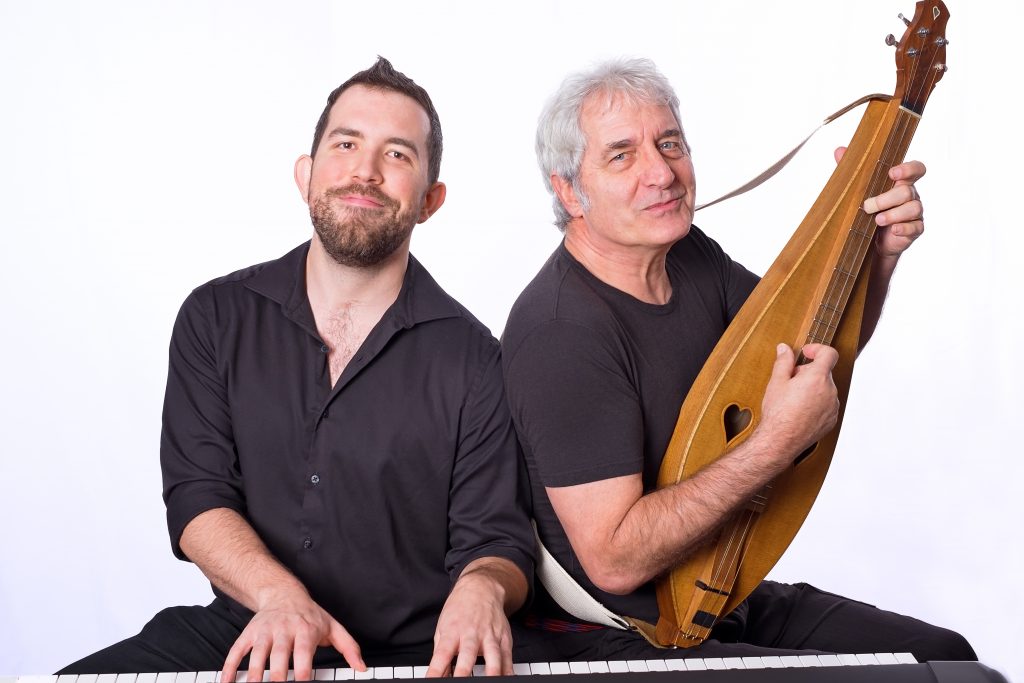 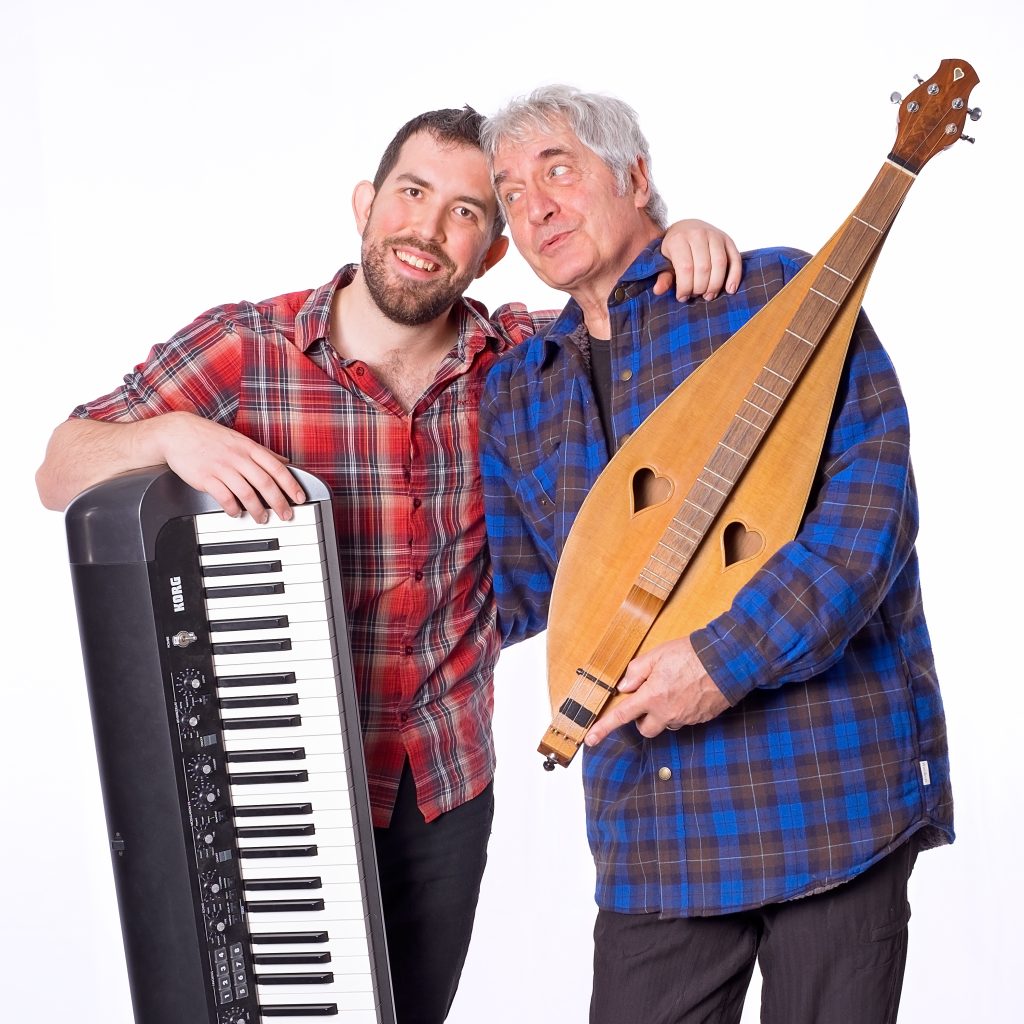