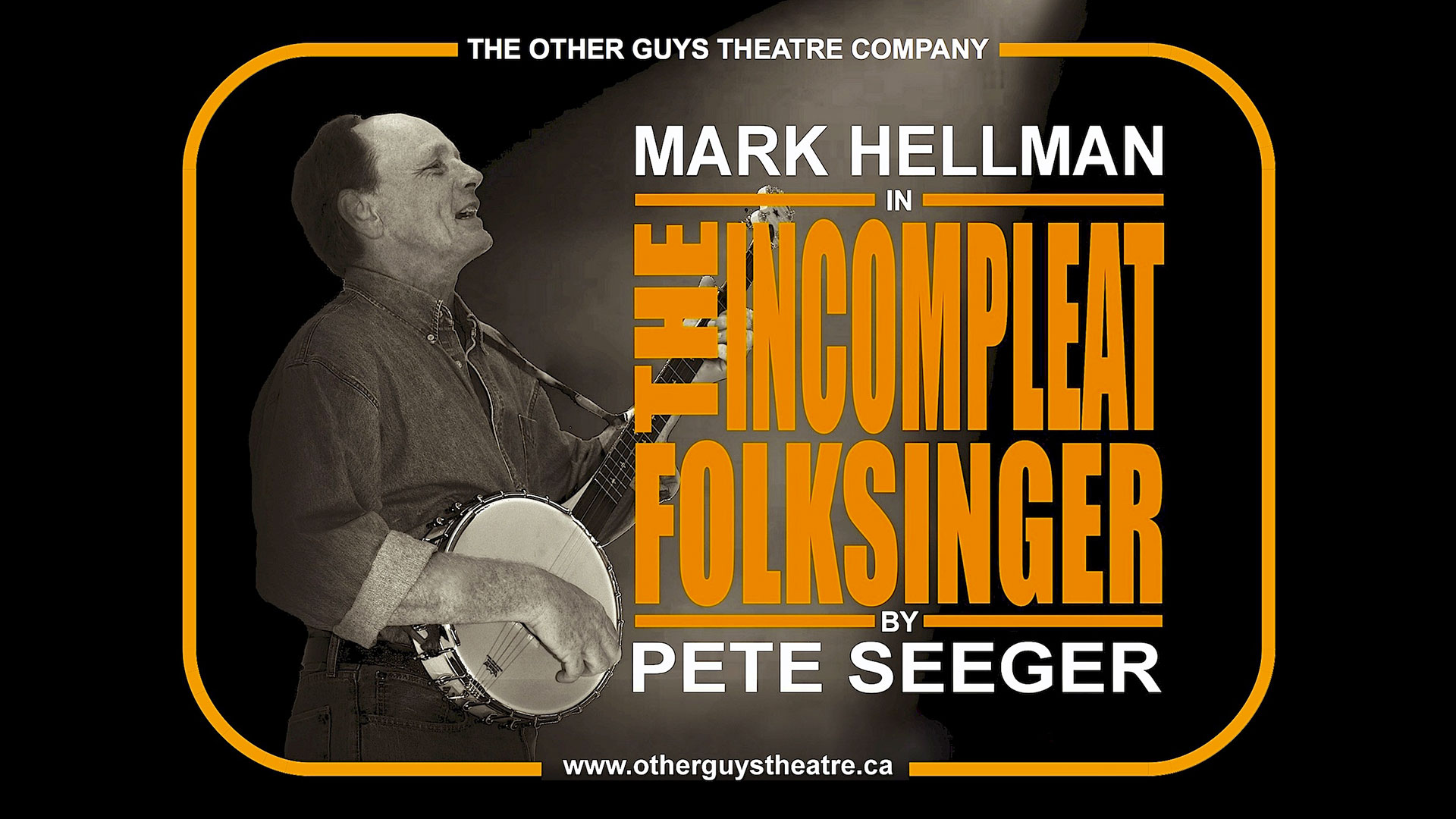 Mark Hellman in The Incompleat Folksinger by Pete Seeger

Pete Seeger was a folk singer, political activist, and a key figure in the mid-20th century American folk music revival. He sang in defence of the poor, the oppressed, and the exploited; and always to enliven and encourage, to delight, and to tell tales. Pete Seeger’s The Incompleat Folksinger, adapted by Ross Desprez and Mark Hellman from the book of the same name, shares, in Seeger’s own words and music, his inspirations, his conflicts with the bosses and the government, his favourite songs, stories, and instruments and the kind of learning that comes from listening carefully. “Any fool can get complicated,” he wrote. “We are born in simplicity but die of complications”.

Directed by Ross Desprez with musical direction by Tobin Stokes and lighting design by Rebekah Johnson. Performed by Mark Hellman.

The Other Guys Theatre Company is committed to developing theatrical presentations reflecting the history and culture of our communities while supporting the livelihoods of local professional and emerging artists. Our work reflects our community and our stories have strong musical ties within them.  OGT has produced a dozen shows over the past 20 years, most having subsequent tours.

MARK HELLMAN IN THE INCOMPLEAT FOLKSINGER BY PETE SEEGER 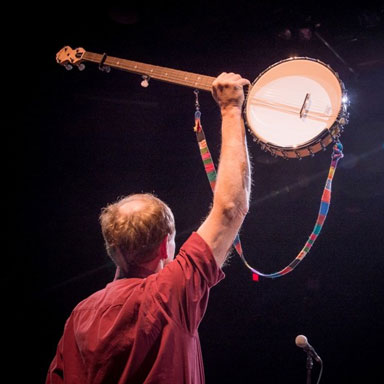 In 2021, Mark is celebrating 4 decades in the arts and entertainment industries, education, and community building. He started touring and teaching in 1981, as a founding member of Victoria’s acclaimed Story Theatre Company. He has since lived and worked in Montreal (Centaur Theatre, Geordie Productions, Ass’n of Producing Artists), Winnipeg (Prairie Theatre Exchange, MTYP, Winnipeg’s Contemporary Dancers, St. Norbert Arts Centre), Armstrong, BC (Caravan Farm Theatre), returning to the west coast in 1998. Aside from numerous solo projects, Mark has also worked with many Victoria professional theatres: The Belfry (Ethan Claymore, The Life Inside), Kaleidoscope Theatre (Edward Tulane, House at Pooh Corner), Story Theatre (Mean Old Mackie, Minstrel’s Dream), Chemainus Theatre (Countryside Xmas), and Theatre SKAM (Smalltown, 7eventy 7even). Mark’s collaborations with the Other Guys Theatre Co go back to 2006, and include: Moodyville Tales, Good Timber, Flotsam & Jetsam, as well as Pete Seeger’s The Incompleat Folksinger. 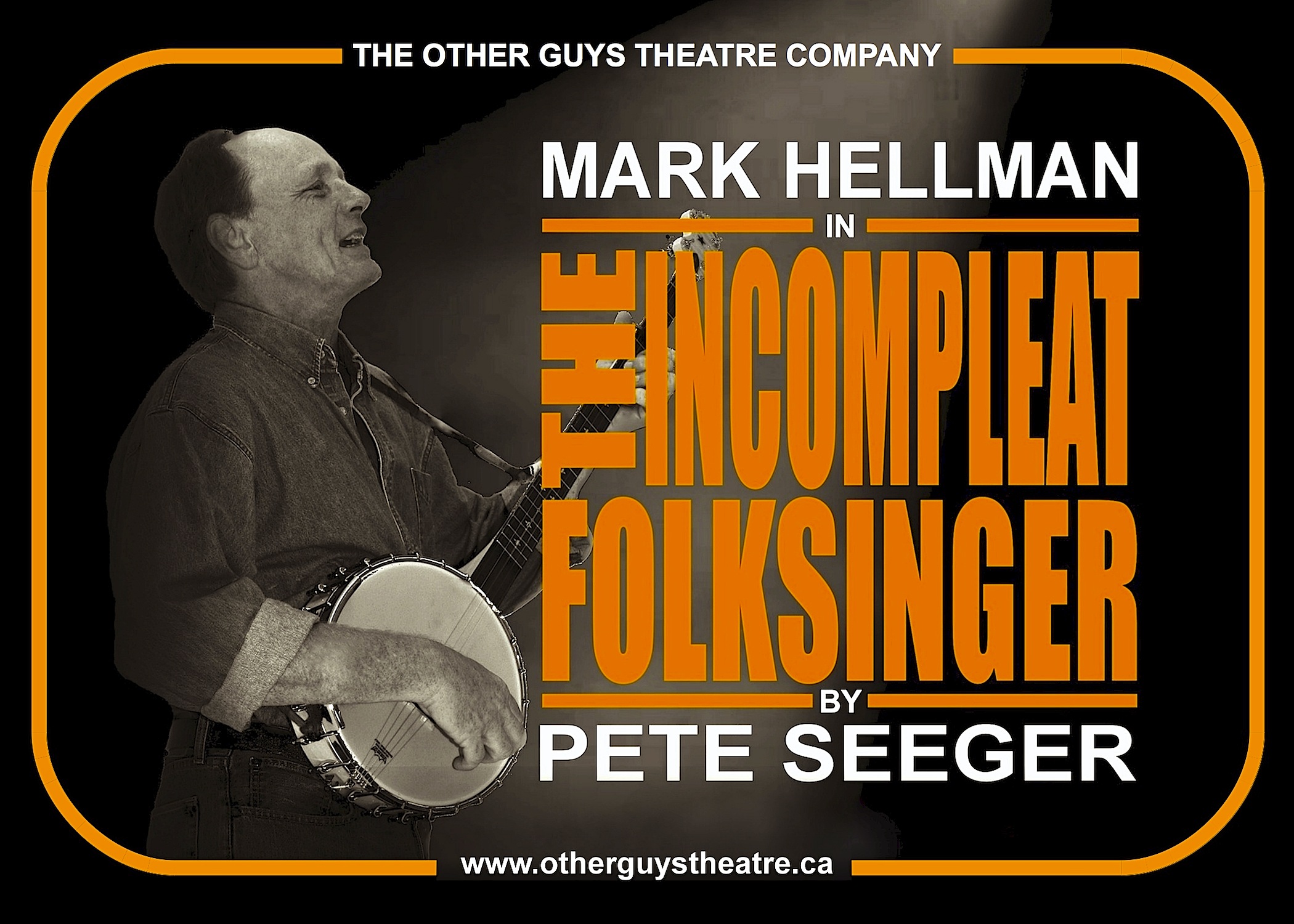 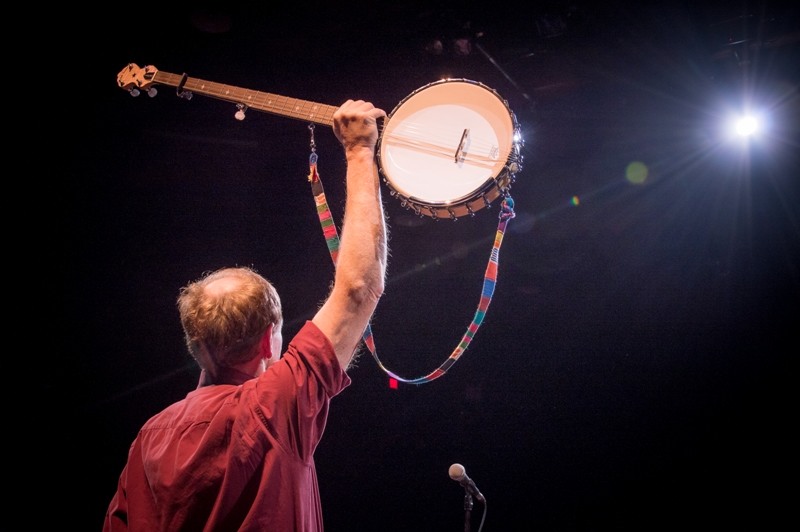 Originally Produced in 2015 by the Other Guys Theatre Co, Ladysmith BC (www.otherguystheatre.ca)

….it’s so real. It became this huge singalong…I’ve never been to a piece of theatre like that.
– David Lennam, CBC Radio, Victoria

…Hellman shines…playing a five-string banjo and a 12-string guitar, and getting the audience to sing along with classics like “Turn! Turn! Turn!”, “Guantanamera”, and “We Shall Overcome”….I can’t remember a play that had me singing along so much.
– Kathleen Oliver, Georgia Straight

This is a feel-good show about people living life from the heart, first, the head second, but always striving to keep the two in sync, to never let The Powers That Be have the last say….Which is reason enough to go see this show. To remind ourselves that in today’s world of ISIL and mass refugee migrations and an Arctic that may have no ice in a decade or two, the “embrace of hope and love and faith” is ever-worthy, ever-necessary, ever a beacon on the horizon that calls out to our better selves to respond, to act….this show, an old-style hootenanny, will get you humming and singing and clapping and tearing-up at just the right times : you’ll thank yourself for taking it in.
– Baird Blackstone, BrokenLegReviews (Vancouver, BC)

…Hellman’s performance…it was clear just how remarkable a transformation it was…. I loved this show….The play is not just about Pete Seeger, but about politics, folk music preservation, fascinating events in American history, and finding the courage to constantly be fighting for what you think is right.
– BeyondYVR (blog, Vancouver, BC)

…beautiful tunes, accomplished story telling, and an immense heart…It takes an assured performer, one familiar with the vagaries of audience participation, to stand, in-effect naked, and take the assembly on a journey through collective memory. Hellman, with his years of performing, and community work—particularly as founder of the Vic High Neighbourhood Choir—definitely has the necessary skills….I can think of a more fitting tribute to [Seeger’s] life than this joyful exploration in word and song….
– Janis La Couvée (blogger, Victoria BC)

… some seriously heavy lifting… Hellman approached it as a marathon rather than a sprint, imbuing some of the quieter moments with the poise of a pro….The audience often joined Hellman in song, adding support to his banjo and guitar work on folk staples Union Maid, Wabash Cannonball and Kisses Sweeter Than Wine. Hellman communicated Seeger’s folksy charm with a raised eyebrow or under-his-breath chuckle, but there was little in the way of acting on this night…
– Mike Devlin (Victoria Times-Colonist)