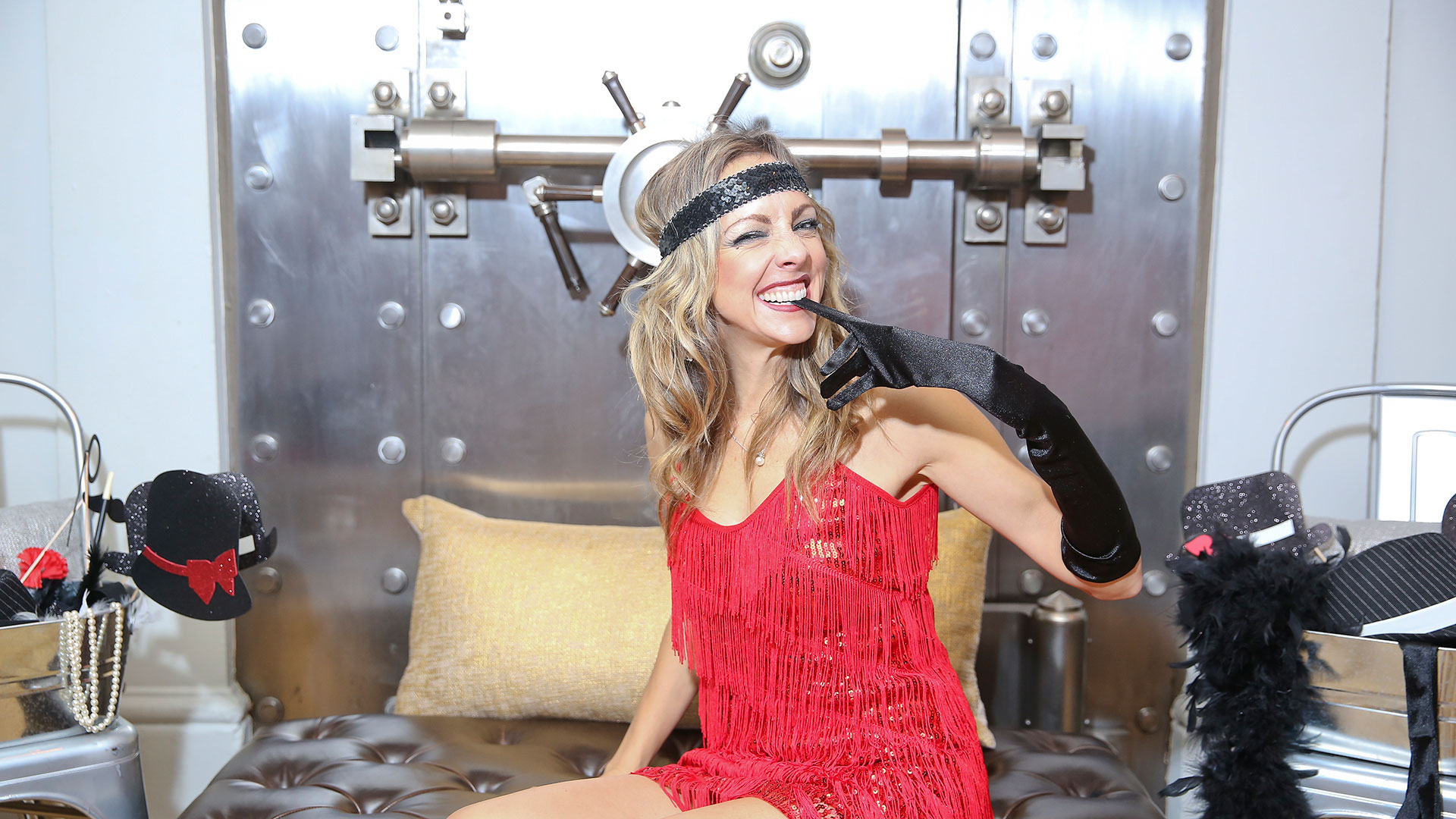 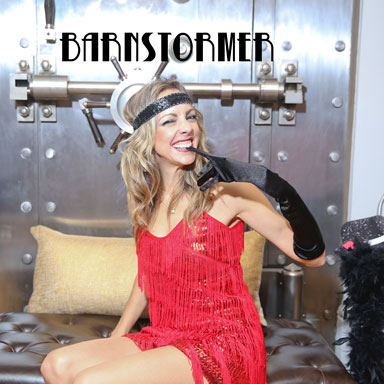 Ain't Nobody's Business If I Do

I Wanna Be Loved By You

A 5 piece roaring 20’s band with instrumentation rarely heard together. The Barnstormer experience includes banjo, kazoo, ukulele, guitars, upright bass, a traditional trap drum kit, clarinet and belt-it-out vocals. You will witness playful interplay between famous 1920’s characters (like Einstein & Al Capone), and their corresponding 1st class musicians. Melanie Dekker is the band leader and a recording artist from Vancouver BC. She has a knack for always doing something special for her fans, and with speed this project now has legs of its own. Experience the 1920s prohibition and dance craze era with a vivacious band who combines studious world-class musicianship, costumes, a multi-media backdrop, and multi-instrumental talents. Thier jazzy roots style will joyfully take you back!

MELA - Honey, short for Melanie.
LEAD VOCALIST, BANJO, UKULELE
Melanie Dekker, has a voice like chocolate & a vivacious spirit. A singer-songwriter & touring recording artist. Hit singles & fans world-wide. She often plays solo concerts with 7 albums in tow. She has a series of good-vibe youtube videos and there’s always a new something or other underway. Mela would say, “Do you think about me, when you stare at the rain?”

BABE RUTH - An iconic American baseball home-run hitter.
CLARINET
Tom Keenlyside is a woodwind pro! He has performed and recorded with a variety of international artists including Natalie Cole, Aerosmith, Mel Torme, Van Halen, Diana Krall, Motley Crüe, and the Vancouver Symphony Orchestra. He’s earned a star on the BC Entertainment Hall Of Fame Walk. As Babe would say, “Every strike brings me closer to the next home run.”

AL CAPONE - Gangster & business man during the prohibition, who ended up in Alcatraz.
DRUMS
Allan Rodger, a studio engineer, a record producer and fiery multi-instrumentalist. He focuses on keeping it real. While being simultaneously inspired by his Mother’s lovely voice & Stevie Wonder records, he built his first drum-kit at 9 years old & already had his first gigs as a pre-teen. Capone would say, “Once in the racket you're always in it.”

ALBERT EINSTEIN - German theoretical physicist who developed the theory of relativity.
GUITARS
Eric Reed, a multi-instrumentalist & studio engineer/producer whose talents have accumulated a Juno nomination, a Canadian Folk Music award, & a Gaylord Woods traditional roots/country award. Albeit he is mostly influenced by Jimi Hendrix & Ry Cooder :). Eric’s always on the move & often in the mountains. As Einstein would say, “Life is like riding a bicycle. To keep your balance you must keep moving.”

SALVADOR DALI - Spanish surrealist artist & eccentric man, best known for bizarre images.
UPRIGHT BASS
Jeremy Holmes has an impressive jazz degree and a young family. He spends his days as a hired gun in recording studios and many of his evenings on a stage. He met Mela while recording Secret Spot in Vancouver. His precision, drive & likability are no secret. His list of projects is a script too long for this occasion :). As Dali would say, “Intelligence without ambition is a bird without wings.”